LISA HAMMER DOT COM
POX is the Anti-Christ, the head of the Church of the Divine Pox. In the first seasons you will see his origin story, philosophy and brilliance.
After surviving being abducted by 3 cults, he is now wandering the world, preparing his writings for his devotees.
​High Priest Mantus has taken over as host and producer of The POX Show. The show NOW pivots to POX news, POX AND FRIENDS interviewS,
​POX HOME SHOPPING AND MANTUS MIDNIGHT MOVIE MANIA MADNESS!
Mantus awaits the return of LORD POX. All Hail POX! 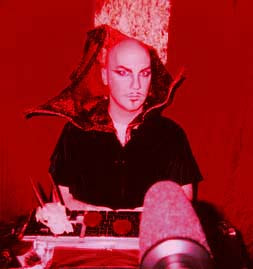